BOT SMART - How to avoid getting banned
How detection works (from what we know):

How to bot safe: 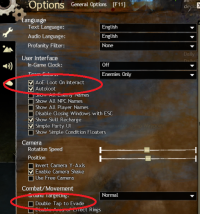 It is IMPORTANT that you READ THIS FIRST : Basic Bot Settings

The bot has by default settings which work good for everyone. You don't have to setup anything for your first run. Just select the wanted BotMode and hit Start Bot. 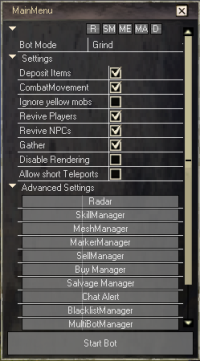 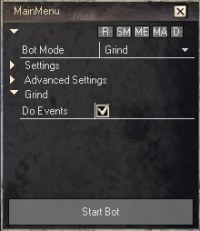 This Mode focuses the Bot on Killing Enemies and Doing Events.

This Mode focuses the Bot on Gathering Resources. 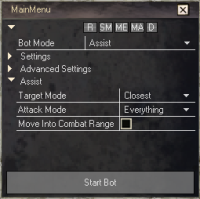 This Mode lets you steer your character while the Bot automatically attacks targets and evades. 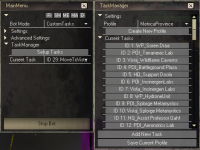 This Mode lets you setup a custom behavior of the Bot. Several Tasks can be queued behind each other in a Profile. This Mode is also used for MapCompletion. By default the bot comes with some Profiles which should get you close to 100% map completion. Due to constant updates and changes in the game itself, it can happen that a profile is broken.

How to Create a Custom Profile:

How to Create a Map Completion Profile: 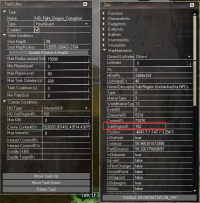 Due to the variety of the things you can do in GW2, not every Heartquest can be done by the bot.

Underwater Cube Meshing - The basic thing that you need to know is: - Meshing cubes + triangles need to be connected on the shore of the sea/lake. Meaning the triangles need to go a little bit into the water on the surface where cubes are “below” them. Just a smaller area is enough. If you meshed / edited / SHOWED cubes, the cube navigation is DISABLED in that moment due to internal things. once you are done meshing cubes, you need to (save the cubes lol) reload the navmesh with no cubes to be shown. Then the navigation with cubes is enabled again.