If you want to contact me for support, just ask on minion discord, im not hiding, Kitanoi also made a #l2kdf channel on his discord, please don't inconvenience him!

Once it reach final version it may handle most dungeons / trials (as per existing curated / released dungeon profiles) but will never handle the Alliance raids from ARR you will need at the very least to complete Crystal Tower's Laby by yourself, as for the other 2 there are some way to automate it, but will still not be included in L2KDF!

For L2KDF to be working at minima there must be one booster and one boostee, at least for now ! (self booster is a rare usecase where only one account could be used, this in itself may require to have either leveled your char through an out of msq mean, like squadron or potd, or having used Tale of Adventure Job token)
As of now the role of Boostee and Leader are merged, the Leader of before will likely simply be a Boostee that stay on Booster home server, while other Boostee will at times world travel to complete their quests 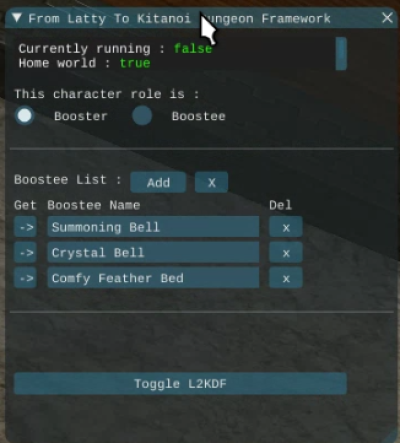 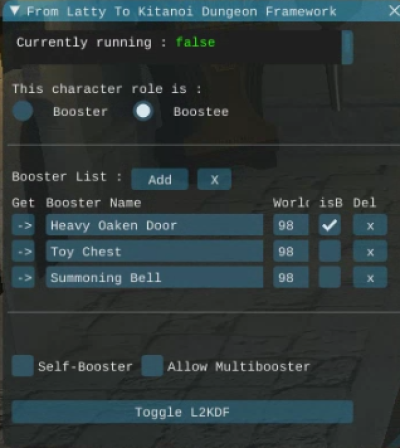