This Addon will include：
QuestHelper(Directly complete the side series of tasks, all versions of the task will be placed in it, including 6.0, 7.0 and more) ，，，，，is building
Materia Transmut Helper：Materia Transmutation，quick mode
Once-ClickHelper(Contains all simple questions that can be handled with one click, as long as you are willing to ask, if the question is not too big, it will be added)
Is there any function that I didn't expect for the time being？
One-clickMentorDungeonHelp guide will enable AutoMVP, the more dungeons Mvp produces, the more AutoMentorDungeon supported, and more functions

Tasks in later versions will also be added in it 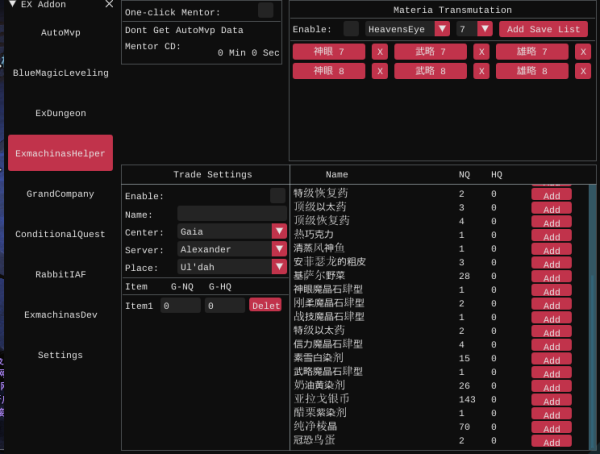