Uninstall any kind of graphic enhancing or overlay software, like but not limited to:

Most notably, this error is caused by XIVAlexander, but can also happen with any other programs that auto-inject into FFXIV. It's basically clogging up the games executable and making it so Minion can't inject. Follow these steps if you want to continue to use XIVAlexander:

Unknown Error (Query/Fail) can also happen from a failure to connect to MMOMinion's servers, but that's a bit more rare.

Running XIVLauncher with Dalamud injection enabled and Minion together is not supported, and is likely to cause crashes and other mysterious issues.

If you use XIVLauncher, launch the game with Dalamud disabled like this before reporting any issues with Minion:

Disabled is not Uninstalled!

All our Products / Bots are started through a central Software, the MinionApp. 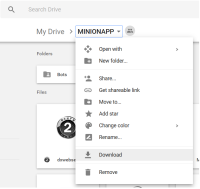