frenkey_Base is the foundation of all frenkey addons, as mentioned above, it is required for any to work. Beyond being required, _Base itself is a central location for managing various features / functions that are used in many different addons.

Due to limitations from a LUA side of GW2Minion the AutoIt Program GW2Minion_Extend.exe was created by frenkey. This Program simulates clicks to automate processes which are not yet reversed.

Those features will block any input to the window while the programm is running. This is required to prevent messing up clicks. You can always Terminate running scripts with the assigned hotkeys!

You can only use those features in windowed mode and while the game is not minimized!

* Character Creation * Character Deletion * Accept Map Rewards * Deposit Items to your Guild Bank and Bank * Skip Cutscenes * … To use those features you will have to set up the positions where specific buttons are placed. This is done in the AutoIt tab in Base. 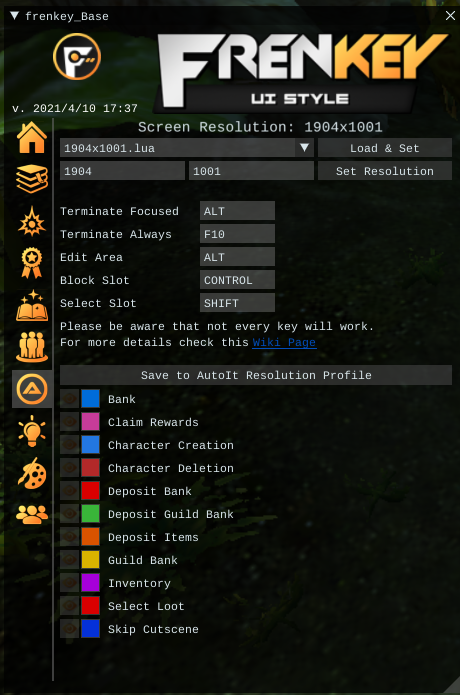 Top of the UI you can see the current Resolution of the Game Client. This will show weird numbers as it does not include the borders of the window. You can load previously saved Resolution Profiles by selecting it in the dropdown and hitting Load & Set. This will arrange the positions as it is set in the file and set the game resolution to match the profile. You can also manually resizing your window using the two input fields and the Set Resolution Button. This uses the scale of your main screen. If you use 2 different scalings for your screens it will mess up.

- Click the Eye Icon in front of a region - you will now see some red (default) UI elements - Click ALT (default) now you can resize and move the elements - The center of the element, marked with a crosshair, is the location the click will be performed. The size of an element does not matter only its center! 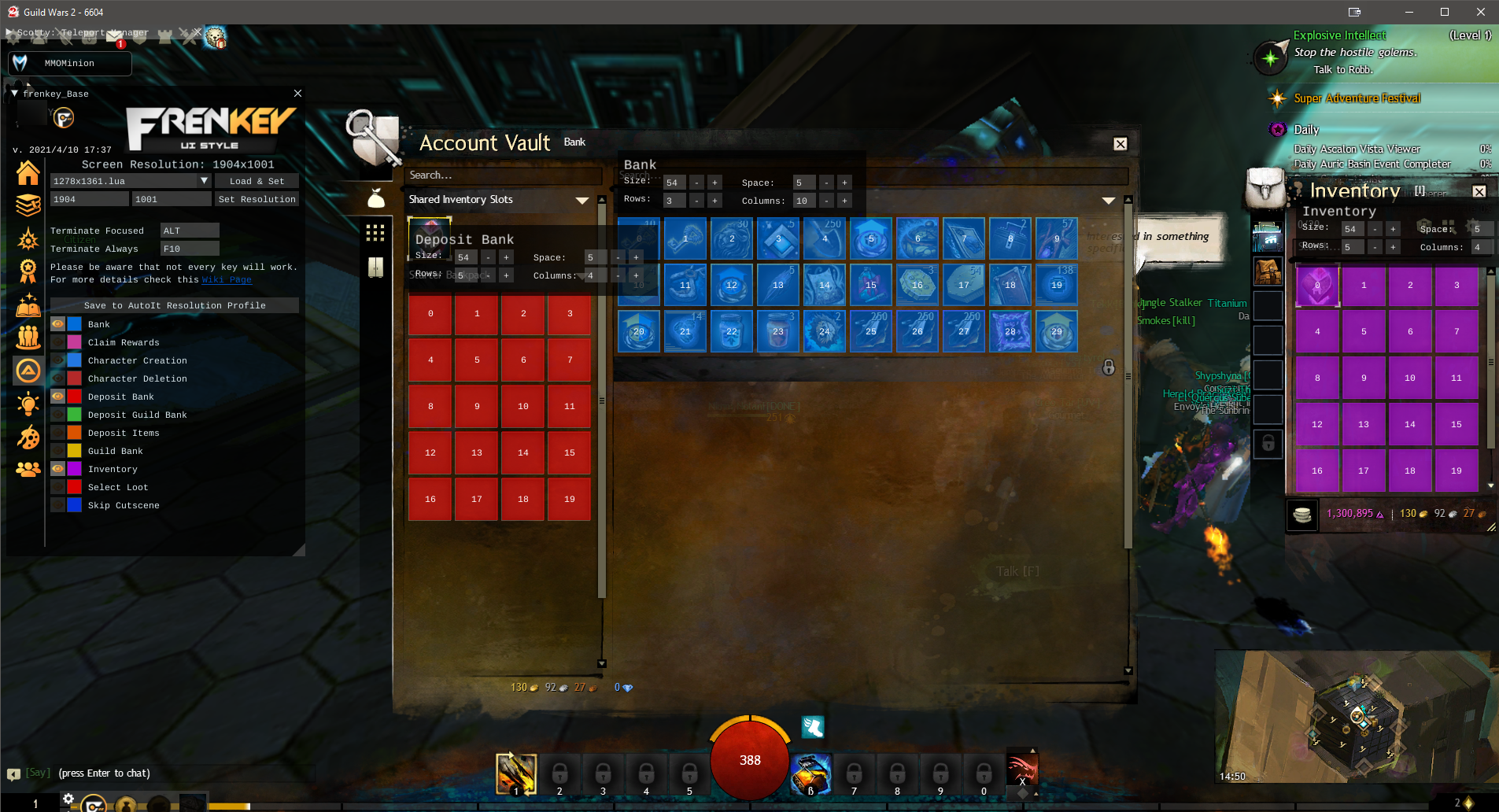 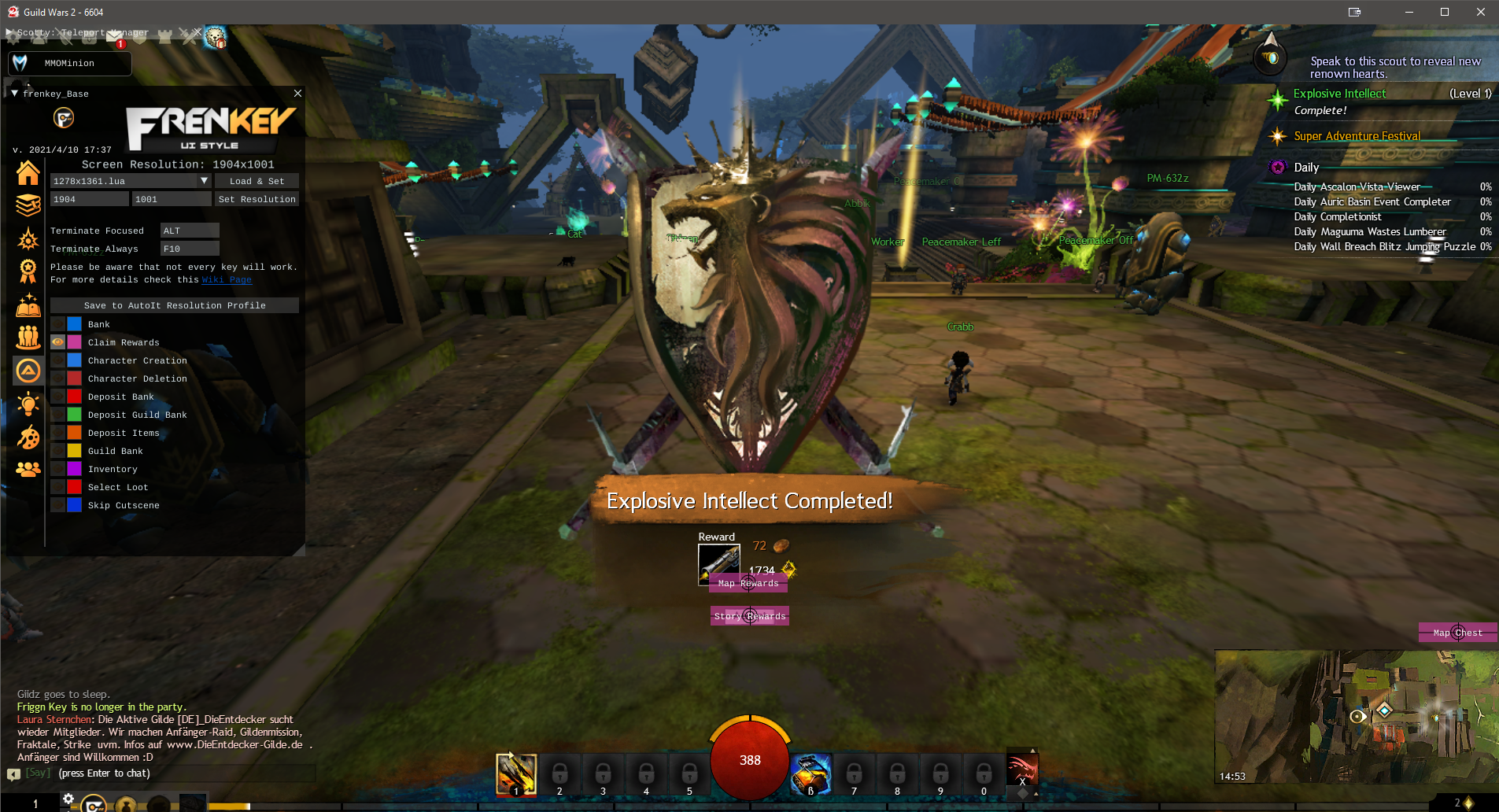 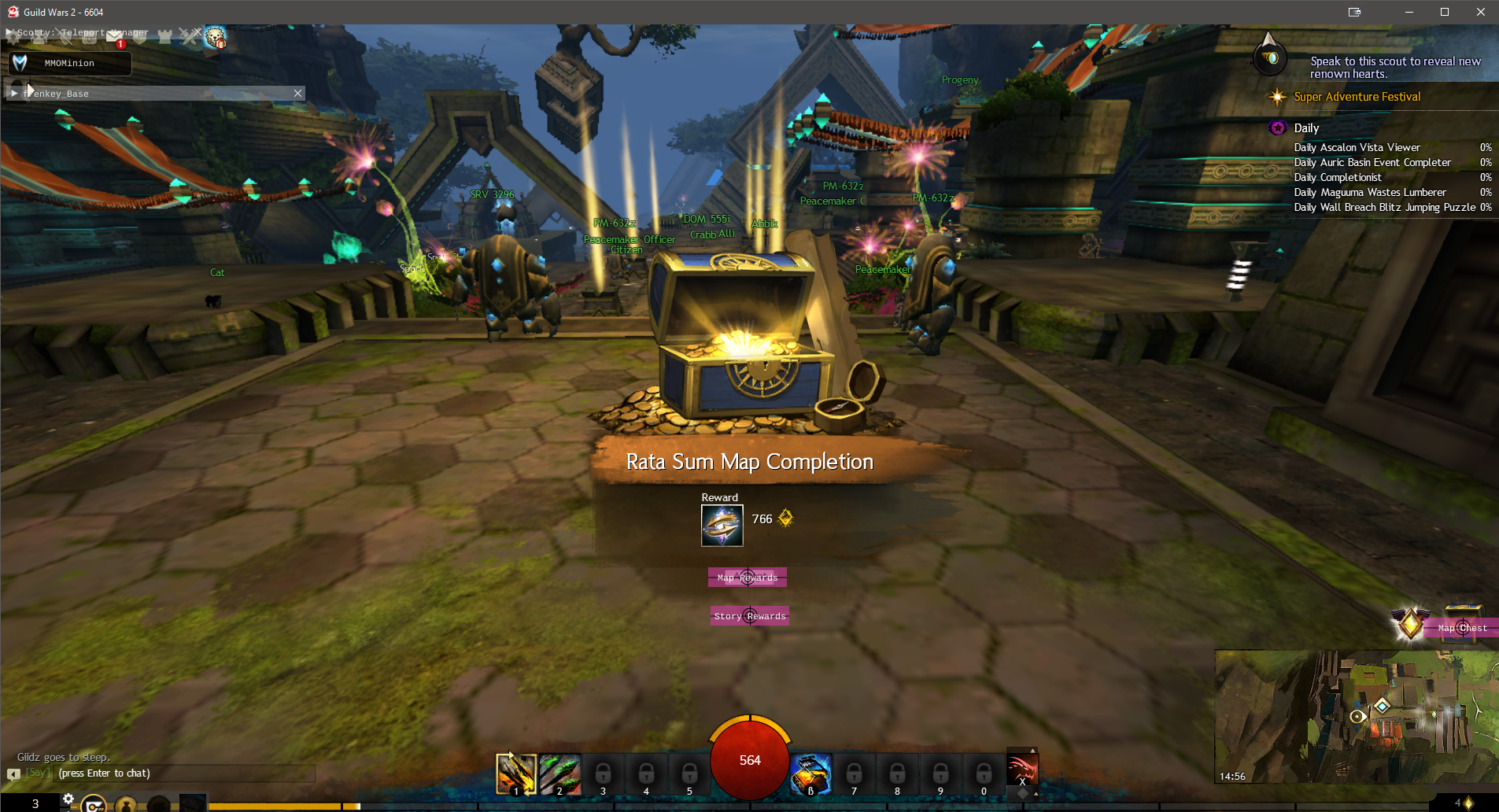 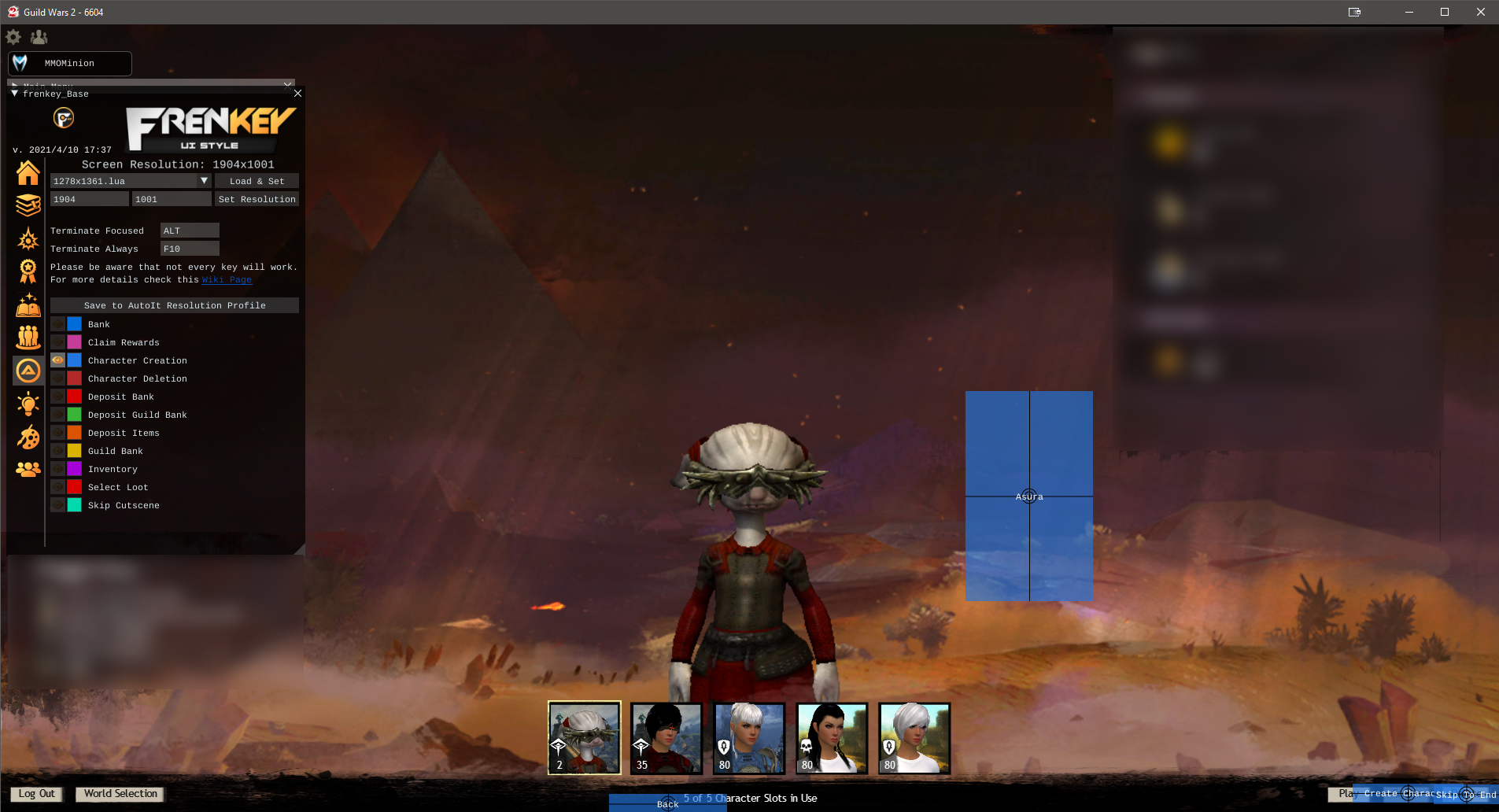 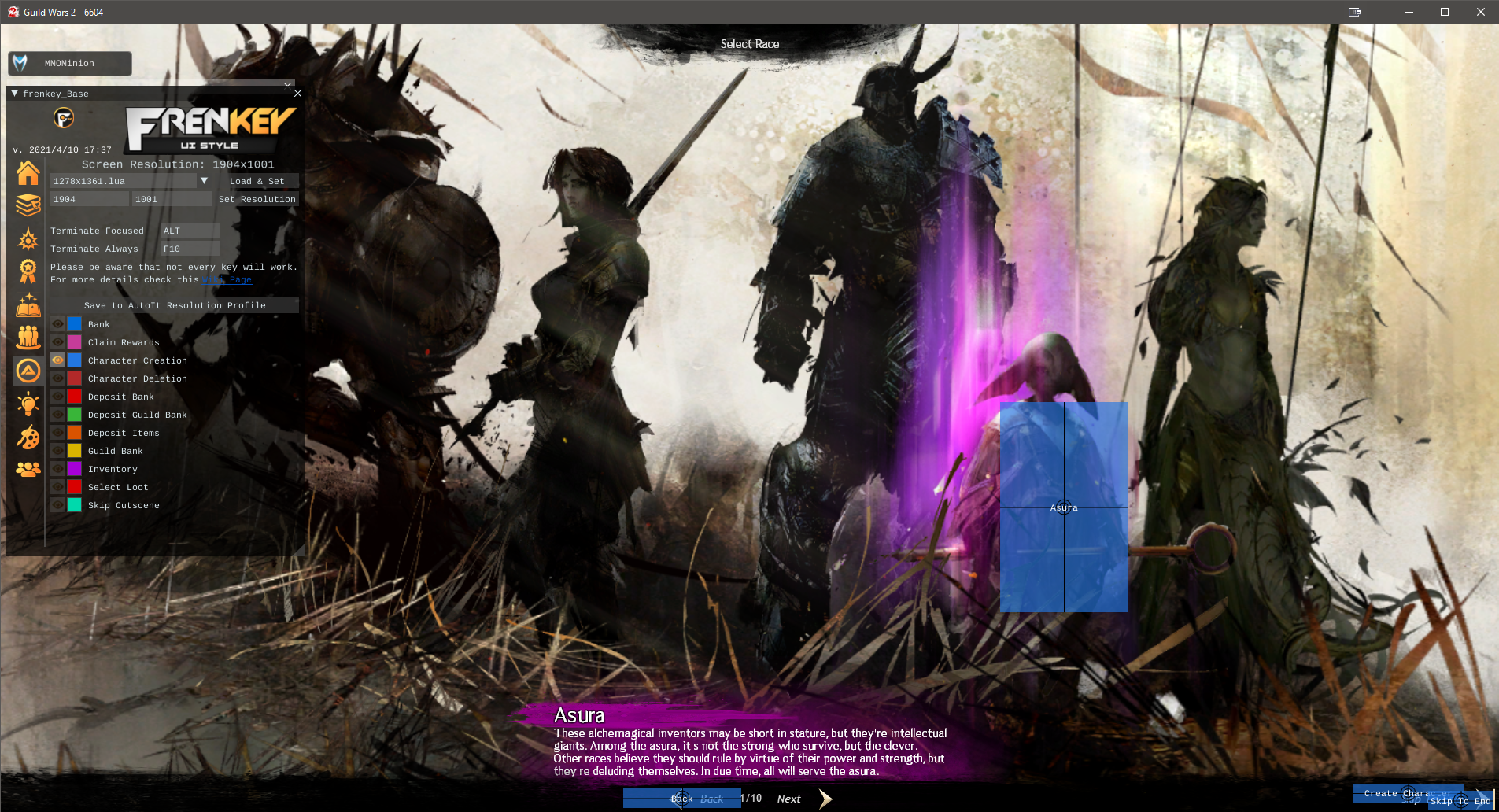 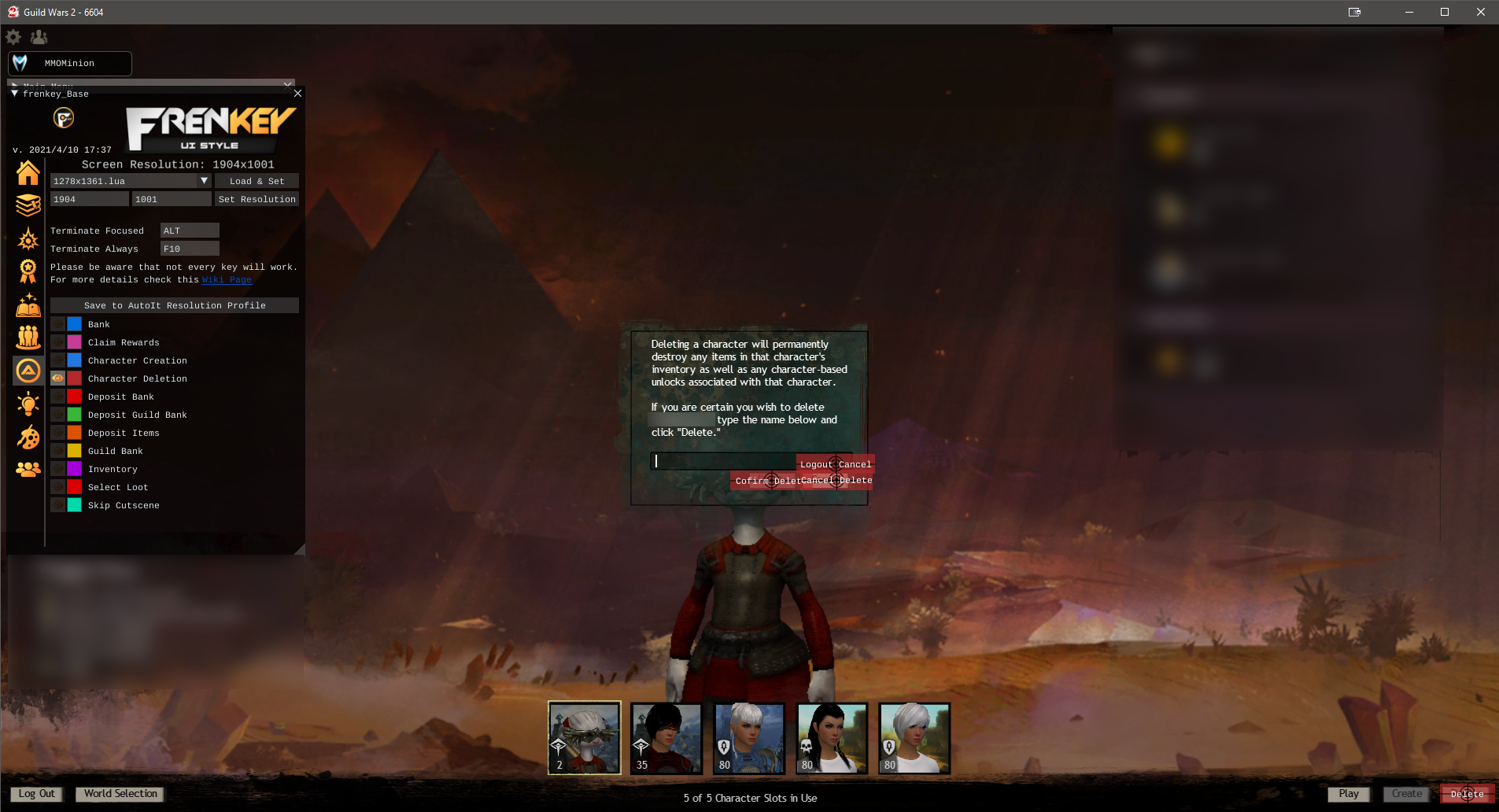 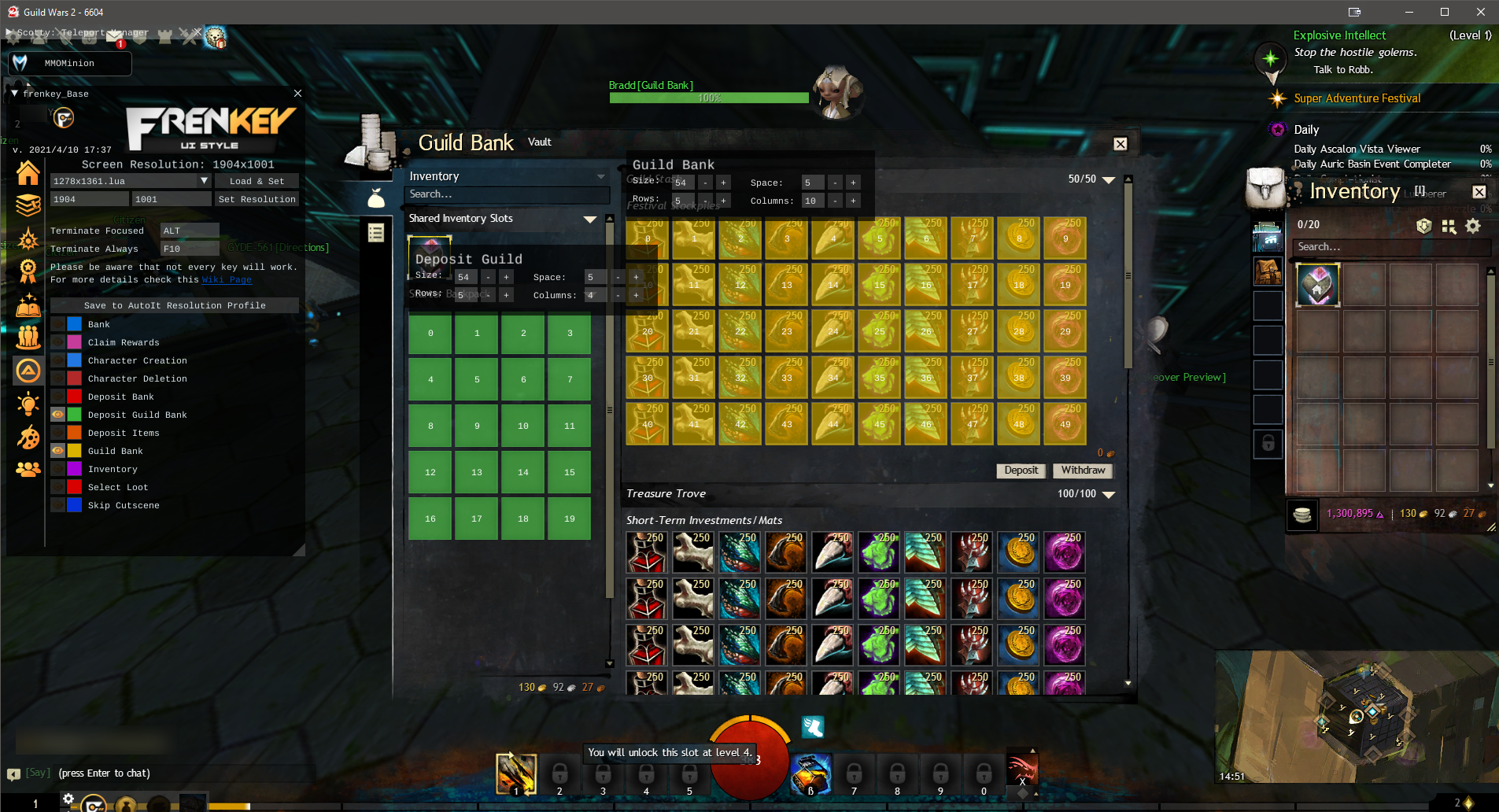 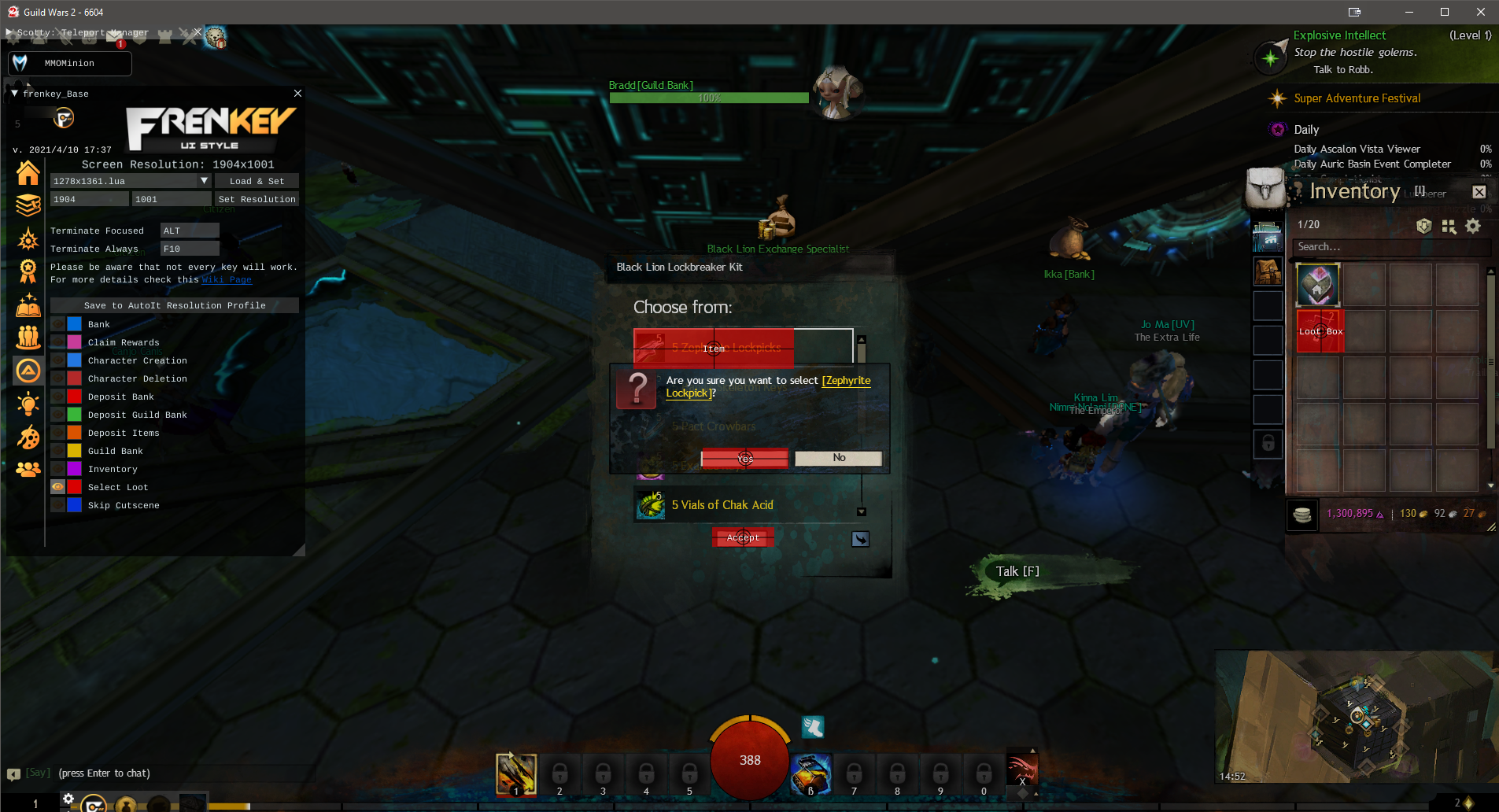 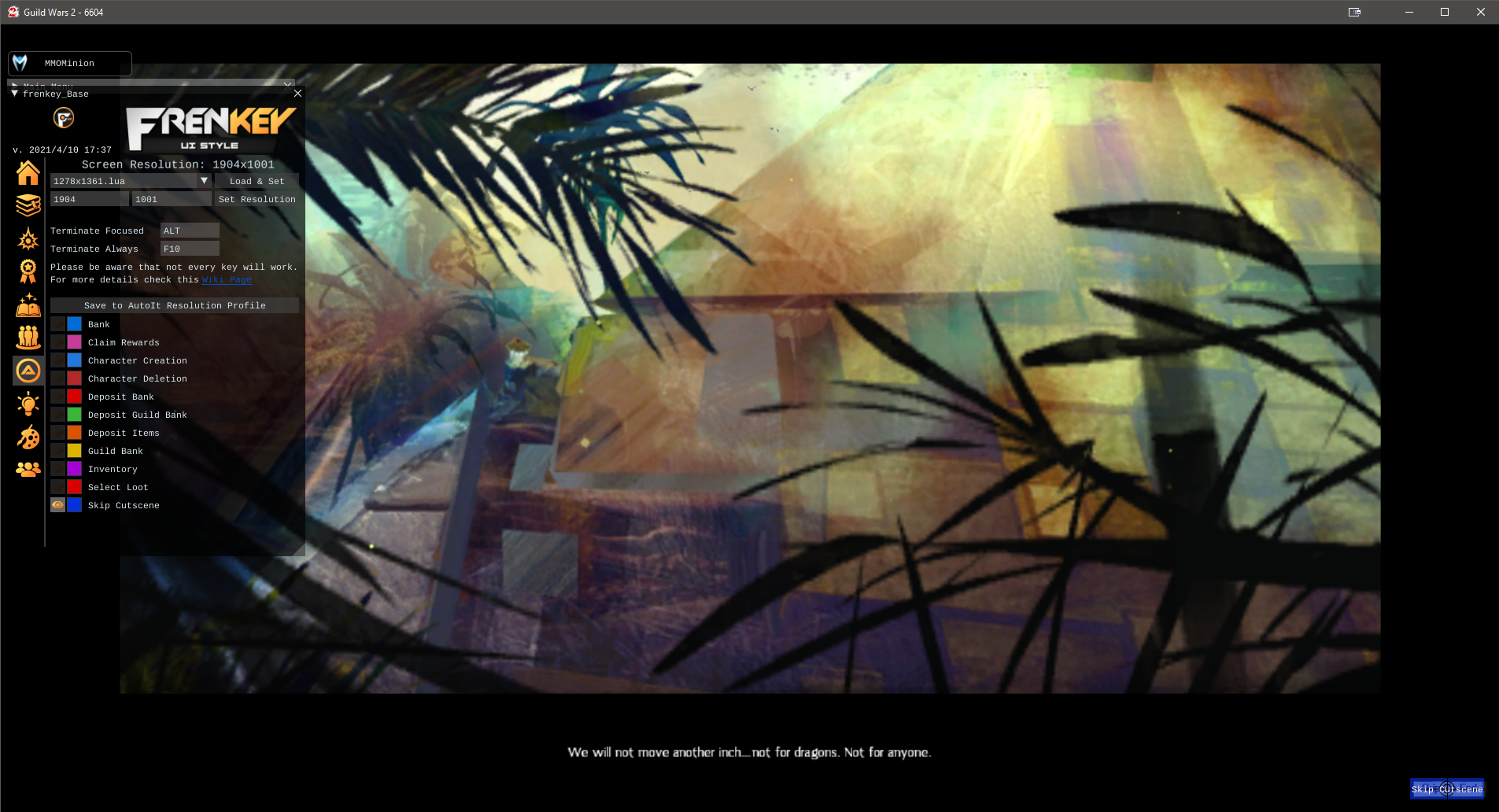